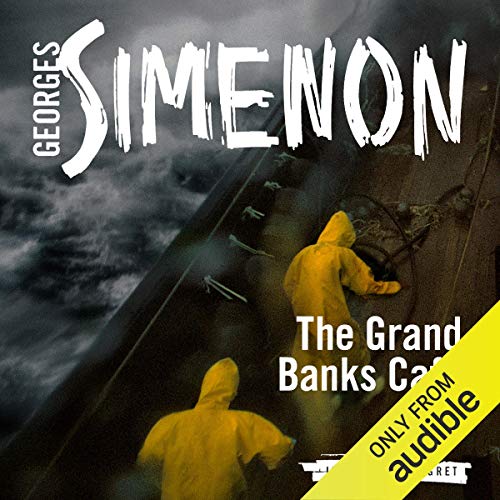 It was indeed a photo, a picture of a woman. But the face was completely hidden, scribbled all over in red ink. Someone had tried to obliterate the head, someone very angry. The pen had bitten into the paper. There were so many criss-crossed lines that not a single square millimetre had been left visible. On the other hand, below the head, the torso had not been touched. A pair of large breasts. A light-coloured silk dress, very tight and very low cut.

Sailors don't talk much to other men, especially not to policemen. But after Captain Fallut's body is found floating near his trawler, they all mention the Evil Eye when they speak of the Ocean's voyage.

David Coward is Emeritus Professor of French at the University of Leeds, England, and an award- winning translator of numerous works from French.

"Compelling, remorseless, brilliant." (John Gray)
"One of the greatest writers of the 20th century...Simenon was unequalled at making us look inside, though the ability was masked by his brilliance at absorbing us obsessively in his stories." (Guardian)
"A supreme writer...unforgettable vividness." (Independent)