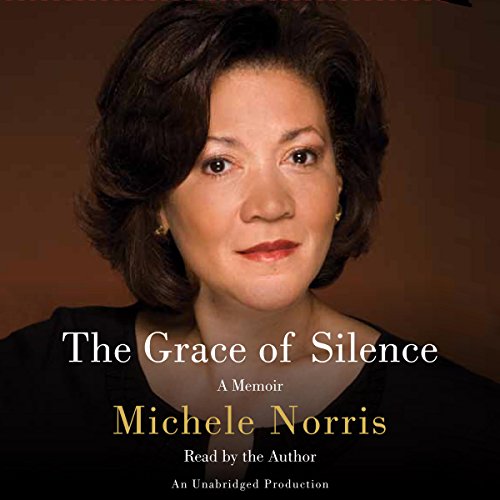 The Grace of Silence

In the wake of talk of a “post-racial America” upon the ascendance of Barack Obama as president of the United States, Michele Norris, host of National Public Radio’s All Things Considered, set out, through original reporting, to write a book about “the hidden conversation on race” that is going on in this country. But along the way she unearthed painful family secrets - from her father’s shooting by the Birmingham police within weeks of his discharge from service in World War II to her grandmother’s peddling pancake mix as an itinerant Aunt Jemima.

In what became an intensely personal and bracing journey, Norris traveled from her childhood home in Minneapolis to her ancestral roots in the Deep South to explore “things left unsaid” by her family when she was growing up. Along the way she discovers how character is forged by both repression and revelation. She learns how silence became a form of self-protection and a means of survival for her parents - strivers determined to create a better life for their children at a time when America was beginning to experiment with racial equality - as it was for white Americans who grew up enforcing strict segregation (sometimes through violence) but who now live in a world where integration is the norm.

Extraordinary for Norris’s candor in examining her own complex racial legacy, The Grace of Silence is also informed by hundreds of interviews with ordinary Americans and wise observations about evolving attitudes toward race in America. It is concerned with assessing the truth of U.S. Attorney General Eric Holder’s assertion that, vis-à-vis race, ours is a nation of cowards, for often what is left unsaid is more important than what is openly discussed.

“History at its best is about telling stories - stories about people who lived before, about events in the past that create the contours of the present…In the hands of a gifted storyteller, a memoir becomes more than a chronicle of the writer’s life. It becomes the history of a time and a place. So it is with this magnificent memoir - one of the most eloquent, moving and insightful memoirs I have ever read.” (Doris Kearns Goodwin, Pulitzer Prize-winning historian)
“A riveting, inspiring memoir of an at once singular and representative American family. Norris takes us on a painful yet triumphant journey of self-discovery. She relies on her formidable skills as an investigative reporter to unearth shocking family secrets.... Powerful and tender, The Grace of Silence reveals our human complexity in exemplary fashion.” (Henry Louis Gates, Jr., University Professor and Director of the W. E. B. Du Bois Institute, Harvard University, and author of Colored People)
“In this exquisite memoir, Michele Norris turns her formidable powers of interviewing and storytelling onto her toughest subjects: herself, her family, and this country’s scar tissue. What follows is a journey of discovery into some of the darkest corners and brightest stars of the greatest generation. The Grace of Silence is sometimes raw, often gripping, and always graceful. A remarkably moving and enriching experience.” (Richard Wolffe, author of New York Times bestseller Renegade: The Making of a President)