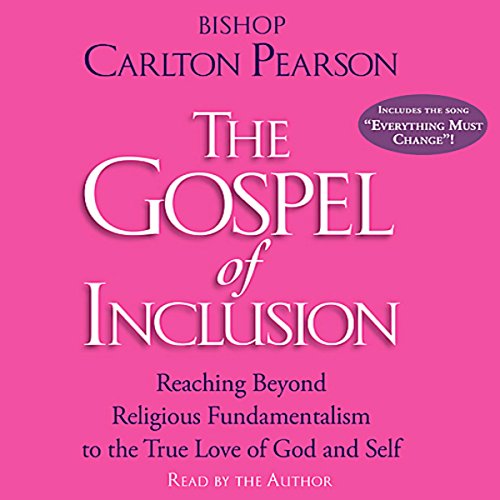 The Gospel of Inclusion

The Gospel of Inclusion

Fourth-generation fundamentalist Carlton Pearson, a Christian megastar and host, takes a courageous and controversial stand on religion: he proposes a hell-less Christianity and a gospel of inclusion that calls for an end to local and worldwide conflicts and divisions along religious lines.

The Gospel of Inclusion explores the exclusionary doctrines in mainstream religion and concludes that, according to the evidence of the Bible and irrefutable logic, they cannot be true. Bishop Pearson argues that the controlling dogmas of religion are the source of much of the world's ills and that we should turn our backs on proselytizing and holy wars and focus on the real good news: that we are all bound for glory, everybody is saved, and if we believe God loves all mankind, then we have no choice but to have the same attitude ourselves.

The Gospel of Inclusion also tells the story of a powerful religious figure who watched everything he had crumble due to a scandal. Why? He didn't steal money nor did he have inappropriate sexual relationships. Following a revelation from God, he began to preach that a loving God would not condemn most of the human race to hell because they are not Christian. He preaches that God belongs to no religion. The Gospel of Inclusion is the journey of one man's quest to preach a new truth.