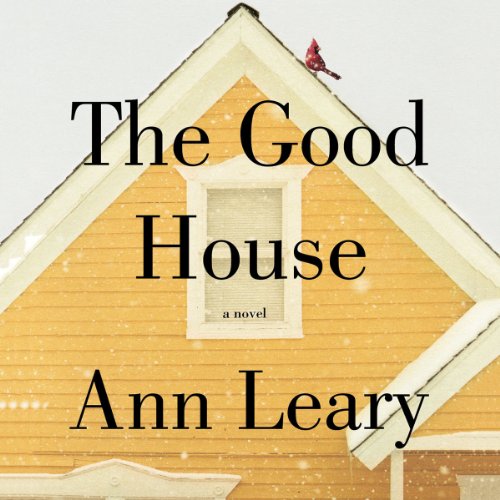 A riveting novel in which an engaging and wildly irreverent woman is in complete denial - about herself, her drinking, and her love for a man she's known all her life.

The Good House tells the story of Hildy Good, who lives in a small town on Boston's North Shore. Hildy is a successful real-estate broker, good neighbor, mother, and grandmother. She's also a raging alcoholic. Hildy's family held an intervention for her about a year before this story takes place - "if they invite you over for dinner, and it's not a major holiday," she advises "run for your life" - and now she feels lonely and unjustly persecuted. She has also fooled herself into thinking that moderation is the key to her drinking problem.

As if battling her demons wasn’t enough to keep her busy, Hildy soon finds herself embroiled in the underbelly of her New England town, a craggy little place that harbors secrets. There's a scandal, some mysticism, babies, old houses, drinking, and desire - and a love story between two craggy 60-somethings that's as real and sexy as you get. An exceptional novel that is at turns hilarious and sobering, The Good House asks the question: What will it take to keep Hildy Good from drinking? For good.

I might have liked this book less had I read it in print form. The story is interesting enough, with an intriguing narrator who dishes on her neighbours' life stories and inadvertently exposes her own. The audiobook narrator fully fleshes out this character with her performance, as well as others, and makes this small community and its dramas come to life. A fascinating listen. Extremely enjoyable!