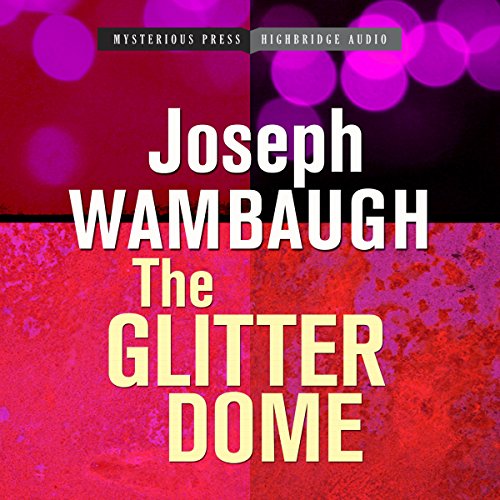 In his finest, most compelling blend of wild humor and powerful drama, Joseph Wambaugh leads us into the Hollywood scene to demonstrate the effects of that heady, amoral world on four sets of police partners enmeshed in the glamour and the grime, the hustle and the horror. They live and work in a dizzying mix of moguls and starlets, elaborate parties, outrageous and sordid actions; a place where sex and drugs are open and the big deals are undercover.

A visit to The Glitter Dome - their after-hours watering hole, where the lights are kaleidoscopic and groupies plentiful - is the only way to come down from the excitement and fear of the day.

Suddenly, their grim world of vice, drugs, and child abuse is interrupted by the murder of a major studio’s president. And two veteran homicide detectives discover the alarming extent to which they, too, have been seduced by Hollywood.

Once again, in the boisterous and riveting tradition of The Choirboys, Joseph Wambaugh creates a group of unexpected and unforgettable characters who inhabit the shadow world he knows so well, where the line between cop and criminal is destroyed.