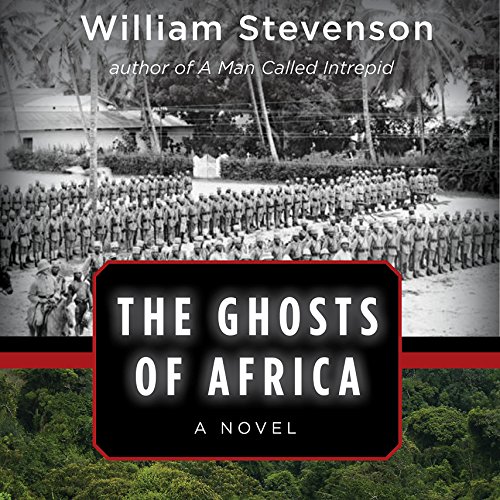 The Ghosts of Africa

A sprawling, epic saga of adventure, romance, war, and resistance based on the savage conflict in East Africa during World War I.

In German-occupied East Africa during World War I, British forces have arrived. In defiance of his orders, German military commander Paul von Lettow enlists soldiers, civilians, and African rebels to fight against the British, forming the first modern guerrilla uprising of the time. Amid his political battles, Lettow is embroiled in a romantic relationship with an American woman who loves him, but who objects to his war. To complicate things, Lettow's actions draw the attention of the brilliant but brutal chief of British intelligence who plots to defeat him.

Amid all the action, Zionists fight for influence in the region, rival tribes have to be appeased with diplomacy, and an African princess serves as a spy for the rebels.

Amazingly, these colorful characters and eventful plots are firmly based on real-life personas and historical events during the war. In the gripping style of narrative fiction, Stevenson relates the often overlooked German resistance in East Africa and their inventive use of guerrilla tactics. As a former foreign correspondent in the region, Stevenson paints an astonishingly accurate and detailed picture of the geography and political climate of East Africa.

A thrilling listen, The Ghosts of Africa packs history, military tactics, romance, and adventure into a single epic tale that will both entertain and inform.