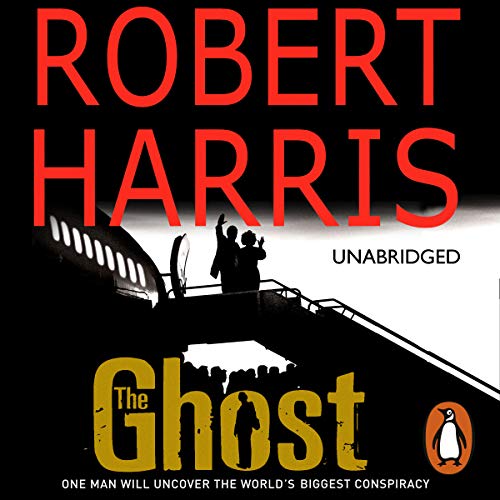 'The moment I heard how McAra died I should have walked away. I can see that now. I should have said, "Rick, I'm sorry, this isn't for me, I don't like the sound of it," finished my drink and left. But he was such a good storyteller, Rick - I often thought he should have been the writer and I the agent - that once he'd started talking there was never any question I wouldn't listen, and by the time he had finished, I was done for.'

Adam Lang has been Britain's longest serving - and most controversial - prime minister of the last half century. And now that he's left office, he's accepted one of history's largest cash advances to compose a tell-all (or at least, tell-some) memoir of his life and years of power. As pressure mounts for Lang to complete this magnum opus, he hires a professional ghostwriter to finish the book. As he sets to work, the ghostwriter discovers many more secrets than Lang intends to reveal, secrets with the power to alter world politics, secrets with the power to kill.

Set in America, on Martha's Vineyard, The Ghost is Harris's finest foray into political fiction since Archangel and brings the listener face to face with some of the biggest issues of our time. The result is gripping and genuinely thrilling.

"Harris nicely leavens his cynical tale with gallows humor, and even readers who anticipate the plot's final twist will admire the author's artistry in creating an intelligent page-turner that tackles serious issues." ( Publishers Weekly)