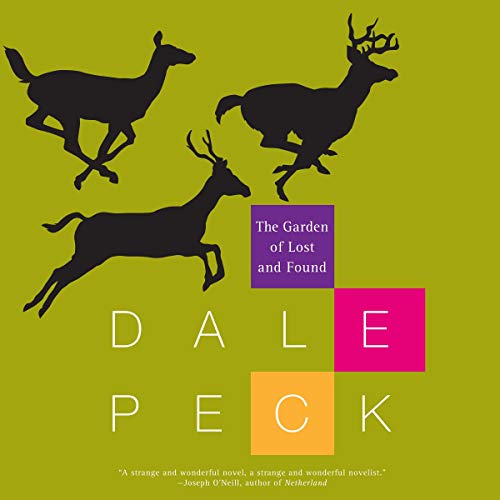 The Garden of Lost and Found

A man inherits a valuable piece of Manhattan real estate, leading to unexpected consequences, in this “strange and wonderful novel” (Joseph O’Neill, author of Netherland).

James Ramsay is twenty-one years old and he has just inherited a building in New York City. After the death of his estranged mother, he finds that he is now the owner of No. 1 Dutch Street - a five-story brownstone near the World Trade Center.

As James takes up residence there, trying to figure out his next move, he gets to know the only other tenant: an elderly black woman named Nellydean. Under a mounting tide of taxes, James finds himself faced with a stark choice: He can sell the building for a small fortune - which will mean not only turning Nellydean out of the only home she’s known for more than forty years, but also forfeiting his only remaining connection to his mother. Then Nellydean’s niece shows up, looking for a place for herself and her unborn child - and an older man becomes smitten with James, even as James’s health begins to fail.

Prize-winning author Dale Peck’s fiction has been called “terrific” by Jonathan Safran Foer, and Michael Cunningham described his voice as “like an angel chewing on broken glass.” In The Garden of Lost and Found, he maps a tangled network of sexual, familial, and financial complications, over which hangs the specter of 9/11, and “tells the quintessential New York story with his delicious style and piercing ability to move” (Martha McPhee, author of Gorgeous Lies).