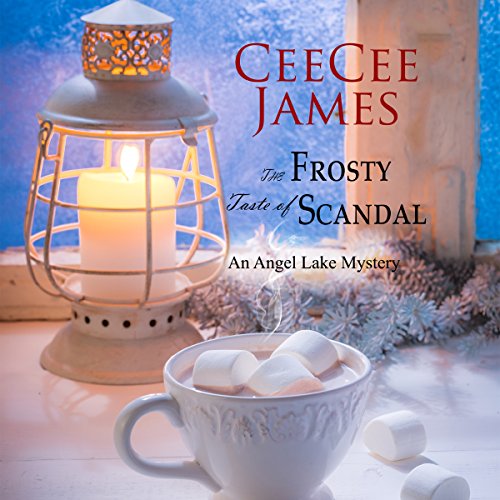 The Frosty Taste of Scandal: An Angel Lake Mystery

The Frosty Taste of Scandal: An Angel Lake Mystery

Elise Pepper has had dates ruined by cold-hearted men before, but she’s never had one quite this cold. Cold, as in dead.

Instead of an evening of flirting and ice skating, Elise discovers the dead body of Mr. Hamilton, a mortgage broker with a reputation for shady deals...also known as the Ice-man. Apparently, the murderer had a sense of humor. Or irony.

When Elise’s co-worker Sue turns out to be related to the dead man, Elise knows she has to help find the murderer. Between a freak power outage and a seemingly endless list of people who had good reason to want him dead, Elise has more leads than she can follow. Even the King and Queen of the high school Winter Ball are under suspicion!

With the killer hiding in plain sight, Elise can’t narrow down the suspects.... This may be her first case where the killer gets away.