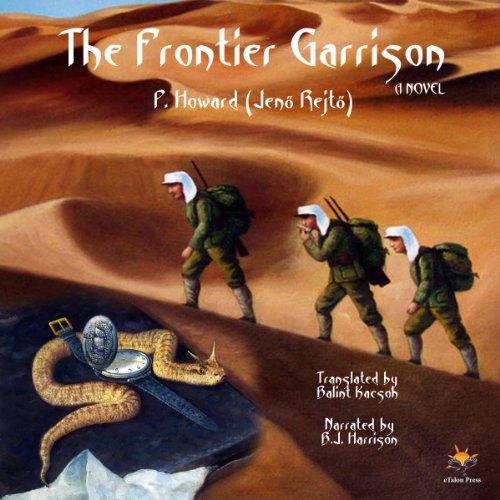 Action and adventure are mixed with a healthy dose of offbeat humor in this P. Howard classic, set in the second half of the 1930s. Harrincourt is dishonorably discharged from the French Naval Academy for a prank. He realizes that his carefree behavior put the livelihood of his widowed mother and teenage sister in jeopardy. To secure their financial future, he pays the premium on his life insurance policy and joins the French Foreign Legion destined to Africa, where his death “in the course of professional duty “would be all but guaranteed. While in basic training in Oran, he unwittingly becomes mixed up in murder and espionage and encounters the ghost of a murdered woman who has a penchant for singing. In short order, his unit is dispatched to a frontier garrison established to support French colonial expansion into equatorial Africa. Rival foreign powers, however, attempt to thwart the French plans and Harrincourt finds himself in the crossfire of international intrigue and falls in love with the beautiful woman whose haunting ghost follows the legionnaires as they march through the deadly Sahara. It is up to Harrincourt to save the day and uncover the secret of a mysterious watch, even if it might mean foregoing the death benefit his insurance policy would pay to his family.