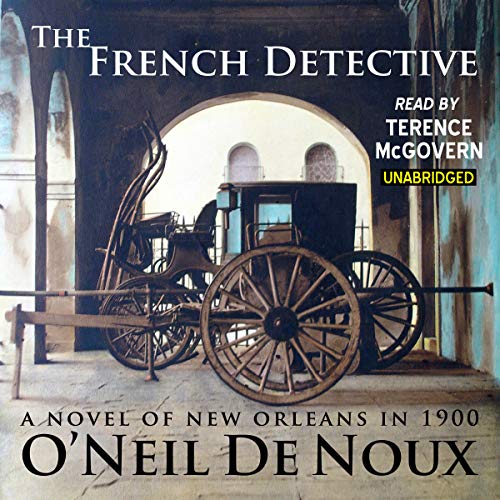 In 1900, the crumbling French Quarter is an enclave of immigrants, primarily Sicilian. Early one July evening, four-year-old Luigi Bova is lured from in front of his house by the promise of ice-cream by a man who tosses Luigi into the back of a passing wagon. A frantic search ensues but Sicilians are reluctant to call the New Orleans Police Department populated by mostly Irishmen. Detective Jacques Dugas, taking a short cut through the Quarter, comes upon a street full of people looking for the missing boy and takes command of the situation.

An immediate search for the boy fails to locate Luigi or any leads and Det. Dugas begins a long, painstaking investigation among people who had no use for the police, people who speak a different language, people with their own way of dealing with crime. Assaulted from all sides, Dugas assembles a team of detectives, street cops, reluctant-but-sympathetic Italians and a strikingly-pretty woman, part Corsican, part English, who happens to be an expert linguist with a gift of getting Sicilians to talk. They are soon pitted against formidable villains including a crime boss known as il Maiale (the hog) and a terrifying henchman whose skeletal visage and cold black eyes have earned him the nickname il Cadavere (the cadaver).

From the crowded French Quarter, across sprawling turn-of-the-century New Orleans, to the wilds of Algiers across the river, detectives follow false lead after false lead, as bogus ransom notes arrive almost daily, until Dugas finds a street urchin, another little boy who saw who took Luigi. With the blood-feud between Irish and Italians ready to rekindle - 10 years earlier the first NOPD chief of police was murdered by the Mafia - with growing unrest in the black community as the south begins to implement the hated Jim Crow Laws - with few allies - it takes an American with a French surname to remained focused on one mission. Find Luigi Bova.