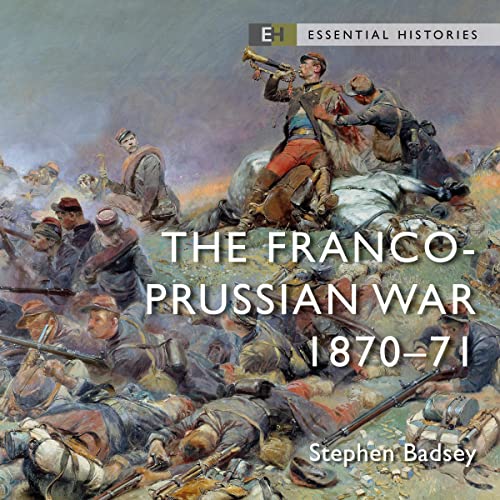 Updated and revised, this concise study examines the Franco-Prussian war, a significant conflict that led to the collapse of the Second Empire and the creation of a unified Germany.

The Franco-Prussian War broke out in 1870 when Otto von Bismarck engineered a war with the French Second Empire under Napoleon III. This was part of his wider political strategy of uniting Prussia with the Southern German states, excluding Austria. In this audiobook, Dr Stephen Badsey examines the build-up, battles and impact of the war, which was an overwhelming Prussian victory with massive consequences. The French Second Empire collapsed, Napoleon III became an exile in Britain, and King Wilhelm I was proclaimed emperor of the new united Germany. In the peace settlement with the French Third Republic in 1871 Germany gained the Eastern French provinces of Alsace and Lorraine, areas that were to provide a bone of contention for years to come.