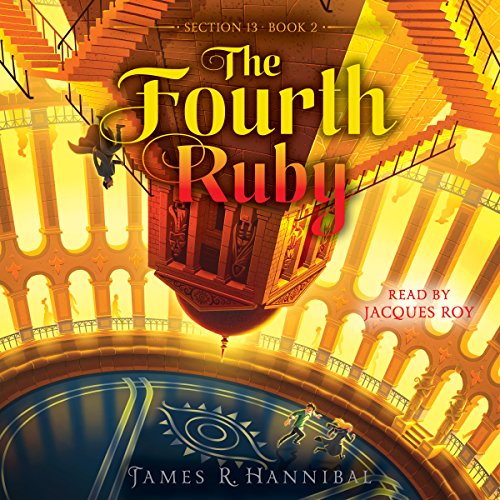 Jack and Gwen are back in this dynamic follow-up to The Lost Property Office.

It's been a year since Jack Buckles discovered the Keep beneath Baker Street, an underground tower no Section Thirteen was ever supposed to see; a year since his dad fell into a coma. Nothing has been the same since. Jack's tracker abilities are on the fritz, Gwen's not speaking to him, and, what's worse, there's a pounding voice in his head calling for "the flame".

Jack and Gwen are framed for the theft of a historic crown jewel - the Black Prince's Ruby, one of three cursed rubies said to bring knowledge, loyalty, and the command of nations to whomever wields them all. Now they must retrieve the other jewels before the true thief does or risk unleashing a reign of terror unlike anything history's ever seen.