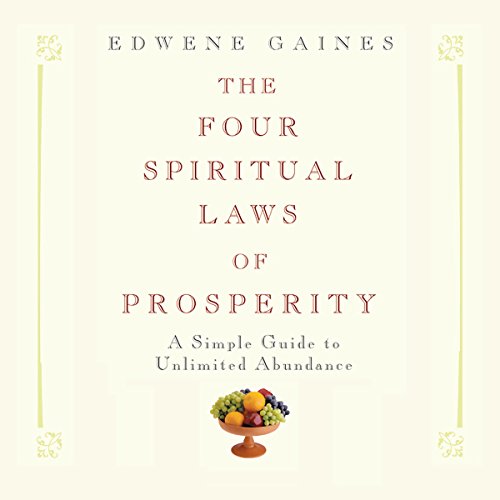 The Four Spiritual Laws of Prosperity

The Four Spiritual Laws of Prosperity

Years before she became the celebrated speaker and Unity minister she is today, Edwene Gaines was raising her daughter in abject poverty. Overwhelmed and terrified, she turned toward her faith for reassurance, sustenance, and finally for direction.

What seemed impossible at the time, she did anyway. She gave away 10 percent of every cent that came to her, and when her income tripled in a matter of six months, she knew it was the work of God. She began to follow the three other spiritual laws of prosperity, and today she lives a life of once unimaginable luxury.

Gaines shares with you the secrets for acquiring wealth and living abundantly. She guarantees that following these principles will change your life from one of deprivation and want into one of abundance and freedom:

Edwene Gaines is a widely known seminar leader who works with thousands of people each year on personal issues of prosperity, integrity, commitment, forgiveness, and finding purpose for their lives. An ordained Unity minister since 1979, she is the owner-director of the Rock Ridge Retreat Center in Valley Head, Alabama.