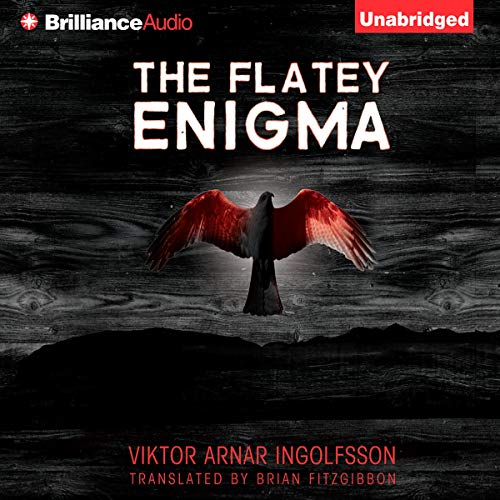 Ketilsey Island, 1960. Near this deserted island off the western coast of Iceland, the dawning of spring brings with it new life for the local wildlife. But for the decaying body discovered by three seal hunters, winter is a matter of permanence. After it is found to be a Danish cryptographer missing for months, the ensuing investigation uncovers a mysterious link between him and a medieval manuscript known as the Book of Flatey. Before long another body is found on Flatey, another tiny island off the western coast. This time, in the ancient Viking tradition, the victim’s back has been mutilated with the so-called blood eagle. Kjartan, the district magistrate’s representative sent to investigate the crime, soon finds himself descending into the dark, dangerous world of ancient legends, symbology, and secret societies to find the killer.

Viktor Arnar Ingolfsson’s Glass Key-nominated Nordic mystery captures the era with visceral authenticity and the austere quiet of a world far off the beaten track. Full of surprising humor, complex clues, and brooding intensity, The Flatey Enigma is so captivating you won’t be able to put the book down until Kjartan has cracked the code.