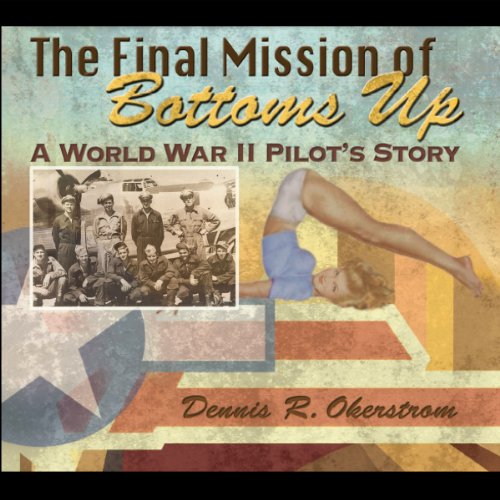 The Final Mission of Bottoms Up

On November 18, 1944, the end of the war in Europe finally in sight, American co-pilot Lieutenant Lee Lamar struggled alongside pilot Randall Darden to keep Bottoms Up, their B-24J Liberator, in the air. They and their crew of eight young men had believed the intelligence officer who, at the pre-dawn briefing at their base in southern Italy, confided that their mission that day would be a milk run. However, that twenty-first mission out of Italy would be their last. Bottoms Up was staggered by an anti-aircraft shell that sent it plunging three miles earthward, the pilots recovering control at just 5,000 feet. With two engines out, they tried to make it to a tiny strip on a British-held island in the Adriatic Sea and in desperation threw out everything not essential to flight: machine guns, belts of ammunition, flak jackets. But over Pula in what is now Croatia, they were once more hit by German fire, and the focus quickly became getting out of the doomed bomber. Seemingly unable to extricate himself, Lee Lamar all but surrendered to death before fortuitously bailing out. He was captured the next day and spent the rest of the war as a prisoner at a Stalag on the Baltic Sea, suffering the deprivations of little food and the coldest winter in Europe in a century. He never saw most of his crew again. Then, in 2006, more than sixty years after these life-changing experiences, Lamar received an email from Croatian archaeologist Luka Bekic who had discovered the wreckage of Bottoms Up. A veteran of the Balkan Wars of the 1990s, Bekic felt compelled to find out the crews' identities and fates.

Lee Lamar, a boy from a hardscrabble farm in rural, northwestern Missouri, had gone to college on the GI Bill, became a civil engineer, got married, and raised a family. Yet, for all the opportunity that stemmed from his wartime service, part of him was lost. The prohibition on asking prisoners-of-war their memories during the repatriation process prevented him from reconciling himself to the events of that November day. That changed when, nearly a year after being contacted by Bekic, Lamar visited the site, hoping to gain closure, and met the Croatian Partisans who had helped some members of his crew escape.

In this absorbing, alternating account of World War II and its aftermath, Dennis R. Okerstrom chronicles, through Lee Lamar's experiences, the Great Depression generation who went on to fight in the most expensive war in history. This is the story of the young men who flew Bottoms Up on her final mission, of Lamars trip back to the scene of his recurring nightmare, and of a remarkable convergence of international courage, perseverance, and friendship.