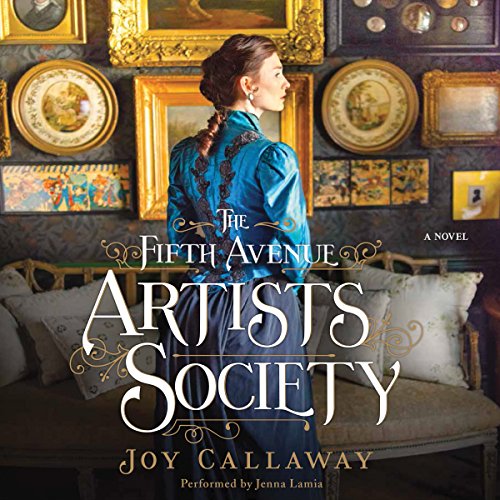 The Bronx, 1891. Virginia Loftin, the boldest of four artistic sisters in a family living in genteel poverty, knows what she wants most: to become a celebrated novelist despite her gender and to marry Charlie, the boy next door and her first love.

When Charlie proposes instead to a woman from a wealthy family, Ginny is devastated; shutting out her family, she holes up and turns their story into fiction, obsessively rewriting a better ending. Though she works with newfound intensity, literary success eludes her - until she attends a salon hosted in her brother's writer friend John Hopper's Fifth Avenue mansion. Among painters, musicians, actors, and writers, Ginny returns to herself, even blooming under the handsome, enigmatic John's increasingly romantic attentions.

Just as she and her siblings have become swept up in the society, though, Charlie throws himself back into her path, and Ginny learns that the salon's bright lights may be obscuring some dark shadows. Torn between two worlds that aren't quite as she'd imagined them, Ginny will realize how high the stakes are for her family, her writing, and her chance at love.

This audiobook edition features the song "The Society", written and performed by Beth Crowley, accompanying the introduction and end credits.