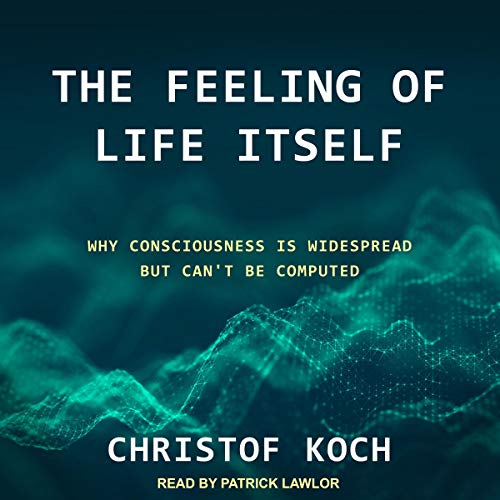 The Feeling of Life Itself

Psychologists study which cognitive operations underpin a given conscious perception. Neuroscientists track the neural correlates of consciousness in the brain, the organ of the mind. But why the brain and not, say, the liver? How can the brain, three pounds of highly excitable matter, a piece of furniture in the universe, subject to the same laws of physics as any other piece, give rise to subjective experience? Koch argues that what is needed to answer these questions is a quantitative theory that starts with experience and proceeds to the brain. In The Feeling of Life Itself, Koch outlines such a theory, based on integrated information.

Koch describes how the theory explains many facts about the neurology of consciousness and how it has been used to build a clinically useful consciousness meter. The theory predicts that many, and perhaps all, animals experience the sights and sounds of life; consciousness is much more widespread than conventionally assumed. Contrary to received wisdom, however, Koch argues that programmable computers will not have consciousness. Even a perfect software model of the brain is not conscious. Its simulation is fake consciousness. Consciousness is not a special type of computation - it is not a clever hack. Consciousness is about being.

Das sagen andere Hörer zu The Feeling of Life Itself