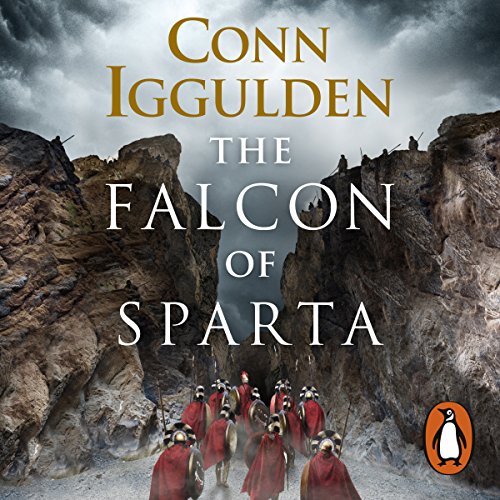 The Falcon of Sparta

Penguin presents the audiobook edition of The Falcon of Sparta by Conn Iggulden.

In the Ancient World, one army was feared above all others. This is their story.

When Cyrus, brother to the Great King of Persia, attempts to overthrow his reckless sibling, he employs a Greek mercenary army of 10,000 soldiers. When this army becomes stranded as a result of the unexpected death of Cyrus and then witnesses the treacherous murder of its entire officer corps, despair overtakes them.

One man, Xenophon, rallies the Greeks. As he attempts to lead them to freedom across 1,500 miles of hostile territory seething with adversaries, 10,000 men set off on the long way home.

Couldn t get through the story

Michael Fox‘ monotonuous reading tortured my ears and brain for every minute I tried to like that book. Didn‘t work. Would give 0 stars