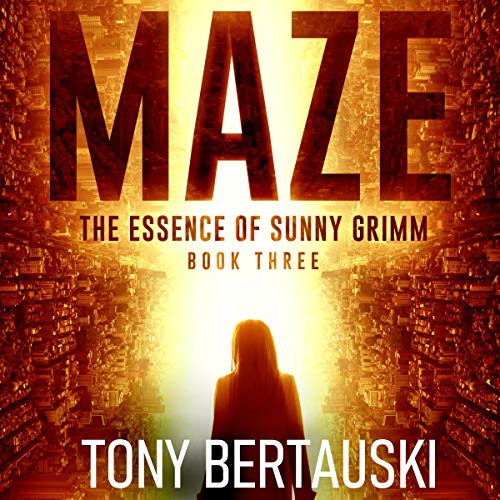 The Essence of Sunny Grimm

The Essence of Sunny Grimm

Fans of Neuromancer, Inception, and The Matrix - the mind-bending conclusion of the Maze.

A name was tattooed on his finger.

Marcus woke in a cell. No memory of how he got there or what his name was. Just a tattoo. There were others like him. They called this place unreality. They told him this was where someone was hiding him.

Clues lead him on a journey in search of who he is, who he was, and why someone did this to him. Each time he finds someone connected to a mysterious symbol, something inconceivable happens. Something even the people who live in unreality can't explain.

Micah and the investors built the Maze, a massive alternate reality that feeds on the players who enter. But now, someone is pursuing them. One by one, the investors begin to vanish.

When clues are left behind, Micah suspects who it is that’s taking them. It’s someone from a game played long ago and a promise she made. He believes she wants to avenge all those responsible for what they did to her. And her son.

But she wants something much more than to destroy the Maze. He must stop her before all hope is lost. He thought she was dead. But he was wrong. She was only waiting.