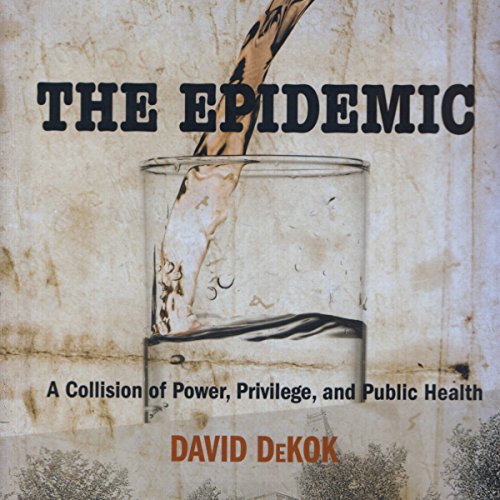 The Epidemic tells the true story one of the last and worst typhoid epidemics in America, occurring in the early winter of 1903 in Ithaca, NY, home of Cornell University. At least 85 people died in the epidemic, including 29 Cornell students. More than 10 percent of Ithaca's 13,000 citizens contracted typhoid, mostly from drinking the town's water. As a prosperous university town, Ithaca had more doctors than anywhere in New York state outside of Manhattan, but that was of little help. There was no real cure. You suffered for three weeks and either died horribly or got better, but even survivors could be left physically ruined and financially destitute. Typhoid was nearing the end of a long run as a worldwide killer of rich and poor alike, but that end - brought about in the 20th century by water chlorination and antibiotics - would not come soon enough for Ithaca.

Written as a nonfiction medical thriller, The Epidemic traces the outbreak to William T. Morris' acquisition of Ithaca Water Works in 1902 from the wealthy and prominent Treman family in Ithaca. He paid too much for the water company, in part because he wanted to move his business operations to Ithaca so he could live near his close friend, Ebenezer M. Treman. The deal was rejected by Wall Street banks, but Cornell University - whose board was controlled by Morris' friends - came through with enough financing to close the deal. Forced to raise revenue and cut costs, Morris decided to build a new dam and reservoir on Six Mile Creek above Ithaca. Some of the workers he hired brought the typhoid to Ithaca.

The Epidemic details Ithaca's existential struggle to survive, examining medical procedures of the era, how the epidemic was finally broken, and who the heroes and villains were. Cornell students took matters into their own hands, demanding that the university provide clean bottled water. This story was a tragedy, but the listener will find many sparks of hope and goodness.