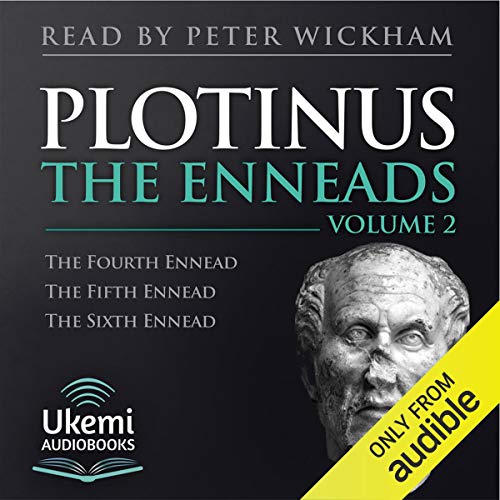 Plotinus (204/5 -270CE), born in Lycopolis, Egypt, when it was part of the Roman Empire, was a major figure in the philosophical school later called Neoplatonism. Neoplatonists viewed reality as deriving from a single force or figure expressed as 'the One'. Two further concepts from Plotinus, 'the Intellect' and 'the Soul', are also principal features of his philosophy. These proposals led to the work of Plotinus forming a bridge between Plato and the monotheistic religions of Christianity, Judaism and Islam as well as Gnosticism. Yet Plotinus, who spoke Greek, did not actually leave a written legacy of his ideas. His work was written down and compiled by a pupil, Porphyry of Tyre (c234-c305 CE). Porphyry presented Plotinus' work in six Enneads, each containing nine Tractates (ennea = nine in Greek), amounting to 54 treatises in all. They were originally arranged into three volumes, but in this Ukemi recording they are divided into two equal parts, Volume One and Volume Two. Volume One contains the first three Enneads prefaced by the fascinating biography written by Porphyry, who describes Plotinus as a highly singular figure - he declined to sit for a painter or sculptor, he wouldn't eat meat from animals reared for the table, and he 'caught philosophy at the age of 20'. This recording is Volume Two, which contains The Enneads 4-6. The Fourth Ennead concerns epistemological matters, opening with 'On the Essence of the Soul' (First Tractate) and concludes with 'Are All Souls One?' The Fifth Ennead is concerned with intellectual matters, opening with 'On the Three Primary Hypostases' and concluding with 'On Intellect, the Forms and Being'. The Sixth Ennead concerns being in general and the One above intellect, opens with 'On the Kinds of Being' and concludes with 'On the Good and the One'. Translated by Stephen MacKenna.