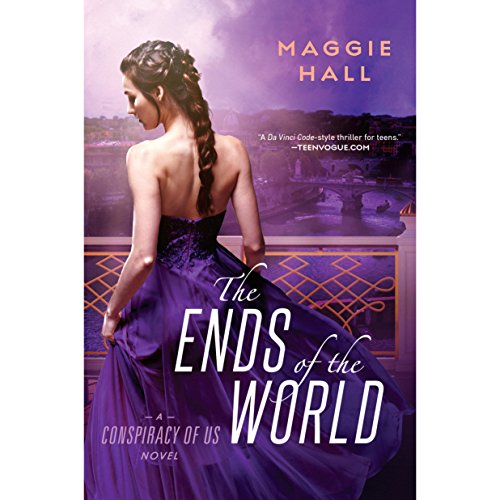 The Ends of the World

It’s no easy task for an author to deliver a satisfying ending to a series. After multiple books, fans become deeply invested in the characters - and storylines - and have their own very specific opinions about how a book should end. In YA in particular, I feel like we’ve been disappointed over the last few years in some major series enders (...you know who I mean). Thankfully, one of my all-time favorite YA series has an ending that didn’t make me throw my headphones across the room. Maggie Hall’s seductive and thrilling trilogy reaches its epic conclusion with The Ends of the World. I would’ve happily continued to follow Avery, Stellan (that accent!), Jack, and Elodie to every corner of the globe, but I’m totally content with how we said goodbye. Although who are we kidding, it’s not really goodbye, as I’ve had Julia Whelan narrating this book on repeat in my car for the last several weeks. Did I mention Stellan’s accent? —Katie, Audible Editor

The thrilling conclusion to the romantic adventure series that TeenVogue.com calls, a "Da Vinci Code-style thriller for teens."

Power balances on a knife's edge. Destiny is uncertain. And love is the most terrifying thing of all.

The Circle of Twelve is not who Avery though they were. Neither is Avery.

Her mother is dead. Betrayal and attraction and history have tangled the strings that bind her, Jack, and Stellan. And now, Avery and her friends must put aside their own problems and focus on putting a stop to the most dangerous conspiracy of all.

From London to Russia to Egypt, from the chill of underground crypts to the flash of paparazzi cameras, Avery West will finally have to confront whether her fate means salvation - or destruction.

Das sagen andere Hörer zu The Ends of the World