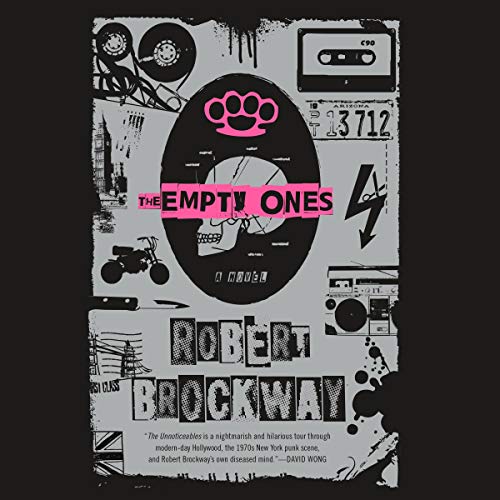 From a Senior Editor and columnist of Cracked.com comes a funny and frightening follow-up to The Unnoticeables, an urban fantasy with horror elements in the vein of David Wong's John Dies at the End

Following on the heels of Robert Brockway's comedic horror novel The Unnoticeables, The Empty Ones reveals the next chapter in the lives of a few misfits attempting to fight back against the mysterious Unnoticeables. The Empty Ones follows Carey and Randall to London where they go to rescue Gus and fight more of these mysterious angel-like creatures, and stumble on a powerful and unexpected ally. Meanwhile, Kaitlyn, who was very nearly beat when last we saw her, continues her fight into the desert of Mexico and the Southwest US, seeking the mysterious gear cult. Once there, she discovers what the gear cult is really up to: trying to "pin" the angels to Earth, focus their attention here, and get as much of humanity as possible "solved" - which, in their minds, is akin to being saved - and in the process discovers something incredible about herself.

With a snarled lip, The Empty Ones incorporates everything that made The Unnoticeables incredible, but like any good punk band, when you don't think they can get any louder, they somehow turn it up a notch. It's terrifying and hilarious, visceral and insane, chaotic and beautiful.