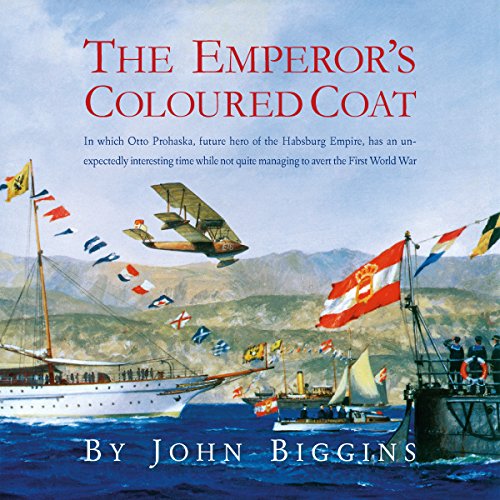 Early in the year 1912, the recently-promoted Lieutenant Ottokar Prohaska finds himself stuck as a gunnery officer aboard a battleship mostly moored in harbor. He answers a War Ministry advertisement for training as a naval air pilot, but he soon finds himself appointed aide-de-camp for aviation to the appalling, boorish, near-insane Austro-Hungarian heir-apparent: the Archduke Franz Ferdinand.

After breaking a leg in a flying accident, Prohaska is relieved of his duties, and upon his recovery, he is posted to a river gunboat on the Danube. After an ill-considered liaison with a Polish opera singer, he flees her vengeful husband into Serbian territory. There, a case of mistaken identity enmeshes him in a Serbian anarchist plot to kill the Austro-Hungarian chief of staff with a small diversionary operation in the town of Sarajevo - the assassination of the Archduke.

His warnings of the assassination plot are mysteriously disregarded by Austrian officials, and Prohaska is whisked off to Shanghai aboard an Austrian liner, where he arrives just in time for the outbreak of World War One. Plenty more outlandish adventures await him: an insider's view of the Japanese siege of a German colony, an escape aboard a Chinese junk, and instruction in the art of flat-earth marine navigation. Finally, Prohaska must come to grips with the decision, by a not-very-bright commandant of a Turkish fort in the Arabian desert, that he should be hanged as a spy.

With irony, wit, historical accuracy, and telling detail, Biggins brings alive a time and place that spawned two World Wars, the Cold War, and the Balkan wars of the late 20th century.