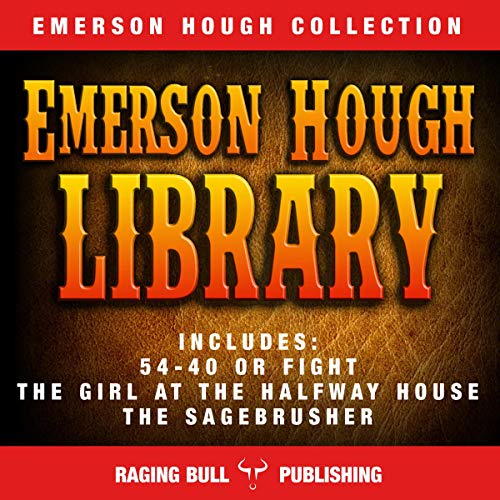 54-40 or Fight (1909)
For much of the 19th century, the boundaries of the United States were in flux. The President is pressured to secure settlement for people to the lands on the north and south borders. This is an action-packed account of the campaign to wrest control of the Pacific Northwest from the British.

The Girl at The Halfway House (1900)
After the Civil War, in the expanding, egalitarian West, a young lawyer, a former Union soldier, courts a haughty Southern beauty who can't let go of the past. Meanwhile, he and others build a civilization.

The Sagebrusher (1919)
A girl who goes west as the result of a matrimonial advertisement becomes blind, so that she never knows the unctuousness of her husband nor the actual squalor into which she is brought.