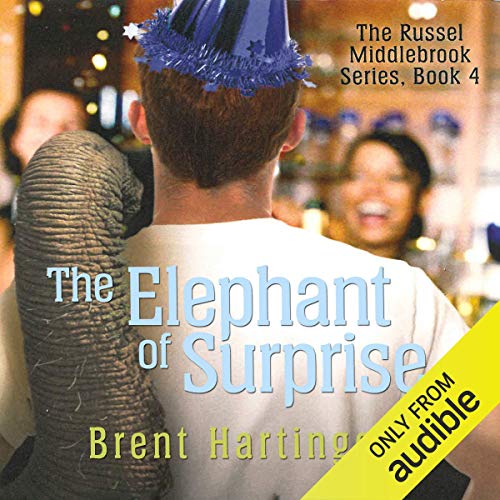 The Elephant of Surprise

People aren't always what they seem to be. Sometimes we even surprise ourselves. So discovers seventeen-year-old Russel Middlebrook in The Elephant of Surprise, a stand-alone sequel to Brent Hartinger's landmark 2003 gay young adult novel Geography Club (which has now been adapted as a feature film co-starring Scott Bakula and Nikki Blonsky). In this latest audiobook, Russel and his friends Min and Gunnar are laughing about something they call the Elephant of Surprise - the tendency for life to never turn out as expected. Sure enough, Russel soon happens upon a hot but mysterious homeless activist named Wade, even as he's drawn back to an old flame named Kevin.

Meanwhile, Min is learning surprising things about her girlfriend Leah, and Gunnar just wants to be left alone to pursue his latest technology obsession. But the elephant is definitely on the move in all three of their lives. Just who is Wade and what are he and his friends planning? What is Leah hiding? And why is Gunnar taking naked pictures of Kevin in the shower?