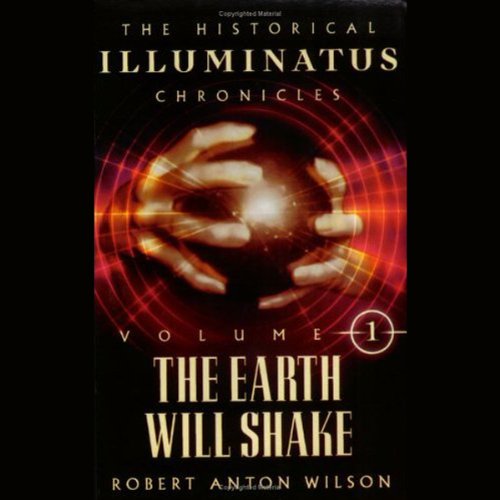 The Earth Will Shake

They have been with us throughout the ages: the "Invisible College" of wisdom and their adversaries, the destroyers. The history of the world is their story - a conspiracy as vast as time itself.

Naples, Italy, circa 1764: A young aristocrat is about to stumble onto one piece of the great pattern. As witness to a vicious assassination and victim of his passion for the beautiful daughter of his enemy, young Sigismundo Celine is forced to begin a mystical odyssey amidst an ageless clash of Freemasons, Mafia, and the Illuminati.

Sigismundo begins his journey of discovery accompanied by the boy Mozart, the immortal Dr. Frankenstein, and the infamous Casanova as the forces of light and darkness seek to claim him for their own. For all are certain that he is the long-awaited one whose powers - can he but master them - will remold the destiny of the entire world.

Before Dan Brown, Umberto Eco, and The X-Files, there was Robert Anton Wilson and The Historical Illuminatus Chronicles. Beginning in 1982 with The Earth Will Shake, Wilson set out to trace the conspiratorial and philosophical underpinnings of Western history. By the third and final novel, the Chronicles expose the historical cross-currents of Freemasonry, the American Revolution, Rosicrucians, the Marquis de Sade, and the Illuminati, revealing a saga as elaborate and startling as history ought to be!

"A delicious treat....Wilson is a vivid portraitist with a perfervid imagination, and he regales his readers with occasional infusions of wit. Buy and enjoy." ( Analog)
"More important than Ulysses or Finnegan's Wake" (Timothy Leary)