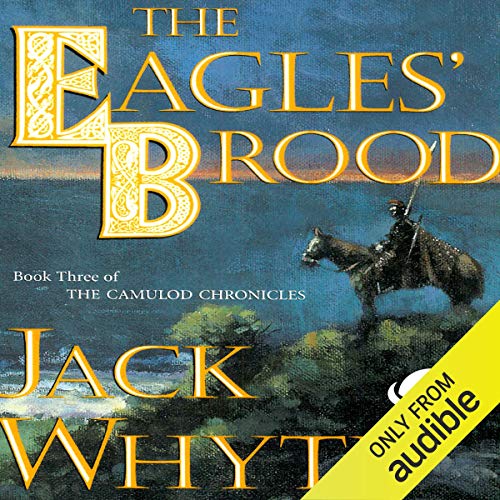 The Eagles’ Brood continues the saga of the Colony known as Camulod, and the tale of the descendants of those brave Romans who forged a new way of life for the Celt and Roman peoples when the Roman legions departed Britain.

Most know the new leader of the Colony as Merlyn; all call him Commander. Cauis Merlyn Britannicus is responsible for their safety, and all look to him for guidance, leadership, justice, and salvation. It is a harsh life but a good community, and Merlyn is dedicated to spreading the influence of Roman culture beyond the Colony’s borders.

Uther Pendragon, the man who will father the legendary Arthur, is the cousin Merlyn has known and loved since they were birthed, four hours apart on the same day, the year the legions left Britain. He is the tireless warrior - the red dragon to Merlyn’s great silver bear - and between the two of them, the Colony knows few enemies.

As different as they can be, they are inseparable: two faces of the same coin. In a world torn apart by warfare and upheaval, each is the other’s certainty and guarantee of the survival of the Colony . . . until a vicious crime, one that strikes at the roots of Merlyn’s life, drives a wedge between them. A wedge that threatens the fate of a nation....