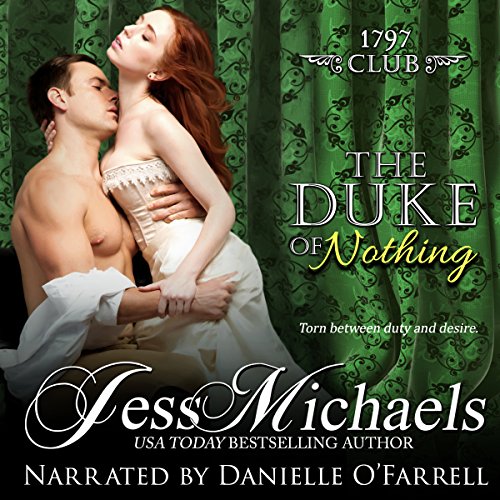 The Duke of Nothing

Baldwin Undercross, Duke of Sheffield, has a secret he’s keeping from almost everyone he knows and loves. He is destitute, thanks to gambling by his late father and his own bad decisions. There is only one option now: marry for money, and do it soon. An opportunity presents itself when a rich American woman arrives in Society hunting for a title in trade for a huge dowry.

Helena Monroe is the companion to her entitled cousin, and she is miserable. But once she encounters Baldwin on a terrace, her time in England starts to look up. She quickly realizes he believes she is her cousin, and everything starts to fall apart.

Baldwin is now torn between a future that will save his family legacy and one with a woman he is growing increasingly attached to. Will he choose safety or passion, obligation or love?

The Duke of Nothing can be listened to as a stand-alone book, but is part of a series (The 1797 Club).

Das sagen andere Hörer zu The Duke of Nothing