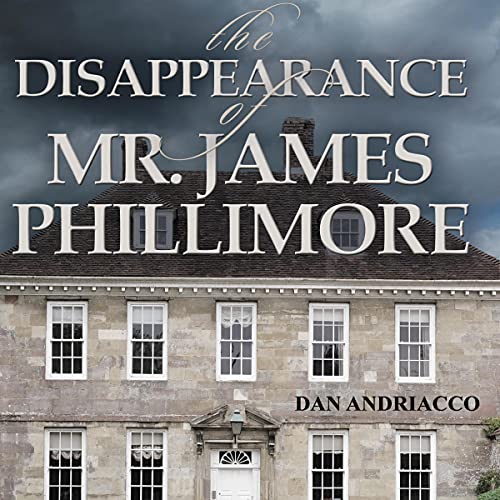 The Disappearance of Mr James Phillimore

When popular mystery writer Sebastian McCabe agreed to take part in a literary debate in London, he had no clue that he would wind up as both investigator and suspect in the strangest case of his amateur sleuthing career.

Arthur James Phillimore, investment guru to the stars and member of an elite Sherlock Holmes society, steps back into his home to fetch an umbrella one rainy day and is never seen alive again. The mystery is eerily evocative of one of Dr. Watson’s most famous untold tales, the disappearance of Mr. James Phillimore. But this Phillimore soon reappears - dead.

Jeff Cody and Lynda Teal, also in London on the second leg of their honeymoon, get swept up in the bizarre case as well. From the home gym of a gorgeous movie star (the second Mrs. Phillimore) to the flying office an airline entrepreneur, they help McCabe chase down clues all over London. For the journalist Lynda, it’s a big story. For Jeff, it’s a big distraction from the joys of married life.