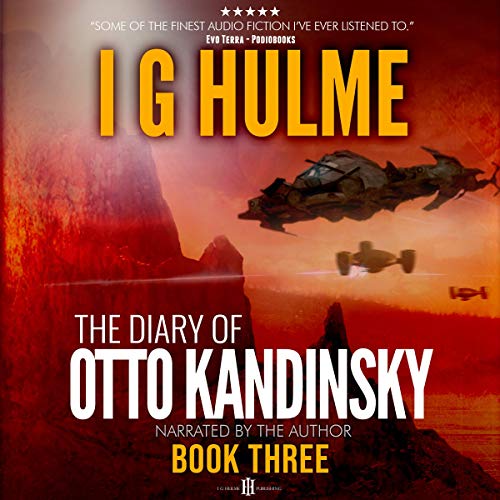 The Diary of Otto Kandinsky

Kidnapped and forced to fight...

An unwilling soldier caught in a desperate war in the shadows.

Fighting an enemy they can never hope to defeat...

The third thrilling story of the acclaimed Heavenfield series.

The Diary of Otto Kandinsky is a companion novel to the Heavenfield series, charting events before and up to the end of the first novel. As such, it can be enjoyed as part of the series or as a stand-alone story.

Otto is recruited to the Exiles as an unwilling fighter, his loyalty to the "Holy Land" keeping him in the struggle against ever-stronger forces that assail them.

He witnesses every horror the Heavenfield can produce, from the ghosts that prey upon the unwary in the shadows of the Great Ruins to the Cold Ones, immense creatures of nightmare shapes that stalk the Ghost fields feeding upon the fallen.