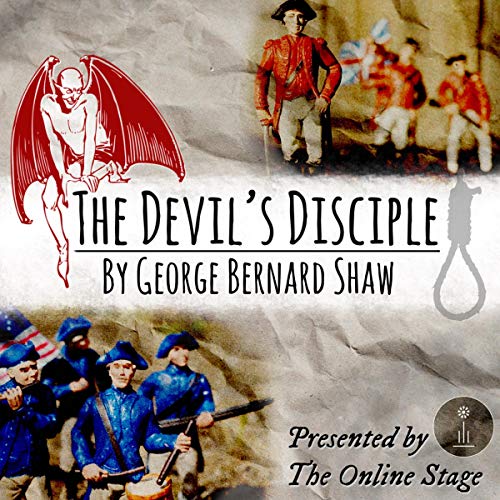 The Devil’s Disciple is the first installment of a trilogy, Three Plays for Puritans, which followed Shaw’s earlier dramatic collections, Plays Pleasant and Plays Unpleasant.

The action is set during the American war of Independence. Richard Dudgeon, who has become an outcast from his puritanical family due to his religious apostasy, returns home on the death of his father. Much to everyone’s surprise, it is revealed that the father changed his will shortly before his death and has left the bulk of the estate to Richard. Now that he is lord of the manor, Richard asserts himself and declares his opposition to the colonial British authorities. Later, he is arrested by the British and sentenced to death but is rescued in the nick of time by a local militia commanded by Anthony Anderson, who, ironically, is a pastor.

Hawkins and the Sergeant - Russell Gold