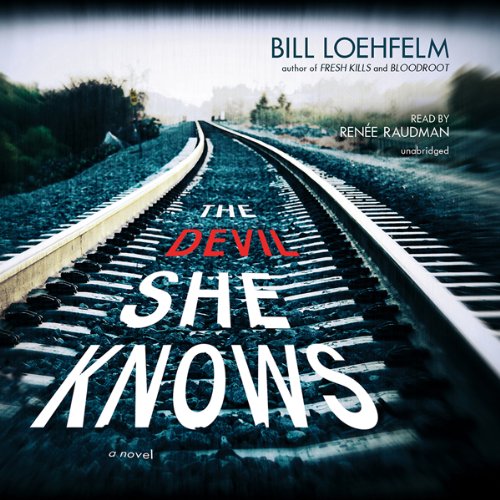 The Devil She Knows

Maureen Coughlin is in a rut. At twenty-nine, the strong Staten Island native fears she may become a “lifer” at the Narrows, the faux-swank bar where she waits tables five nights a week. Nursing a strained relationship with her mother, she tries to find ambition in the little things—a gym membership, a plan to return to school, a dash of cocaine before work—but there’s no denying that she’s stuck.

Then, leaving work one night, Maureen walks in on a tryst between her coworker Dennis and Frank Sebastian, a silver-haired aspiring politician. Fearing repercussions, Sebastian forces her into silence, and Maureen is more than happy to forget what she’s seen—until Dennis turns up dead on the train tracks the next morning. In her search for answers, Maureen finds new meaning in her life. But before she can track down Frank Sebastian, he tracks down her mother. Soon, Maureen is bouncing from one corner of Staten Island to the other, trying to protect her mother while staying one step ahead of Sebastian.

With The Devil She Knows, Bill Loehfelm has written a pitch-black thriller that evokes the grit of Staten Island in a fresh, compulsively readable voice, with a heroine every inch as tough as The Girl with the Dragon Tattoo’s Lisbeth Salander. This is a breakout novel by a writer that Publishers Weekly has praised for his “superb prose and psychological insights.”

“ The Devil She Knows is nothing short of terrific.” (John Lescroart, New York Times best-selling author)