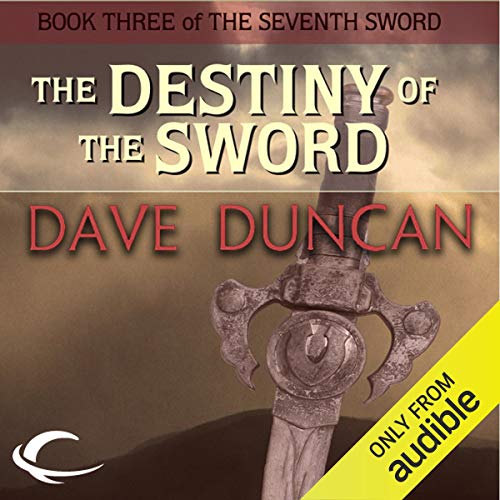 The Destiny of the Sword

Wallie Smith had been dying on another world when the Goddess transferred his mind to the body of the barbarian swordsman Shonsu. Then She gave him the great, magical Sapphire Sword of Chioxin and sent him on a mission. All he had to do was to lead the arrogant band of swordsmen to destroy the sorcerers and their Fire God. Now Wallie discovered that he'd already tried it - and been hopelessly defeated.

A few complications cropped up. Wallie's reputation was in tatters. His best friend and pupil was apparently planning to betray him. And if he won, he would doom all hope of progress and learning in this World of the Goddess - doom the Goddess Herself. It made an interesting kind of riddle. All he had to do was find the solution - and survive, if he could!

Das sagen andere Hörer zu The Destiny of the Sword