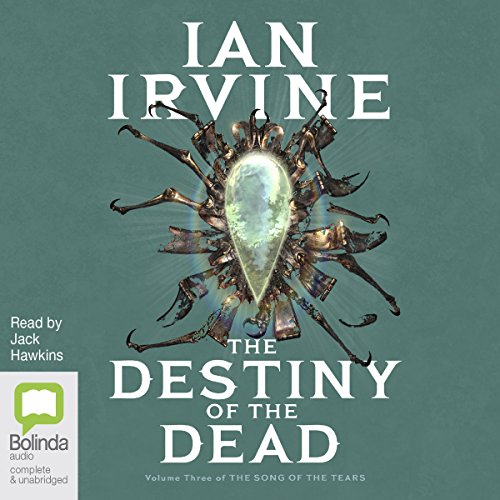 The Destiny of the Dead

The dramatic concluding volume in an epic tale of hope in the face of adversity.

Nish, his battered little troop and his few remaining allies are trapped on the Range of Ruin by the God-Emperor's mighty army. Nish's only choices are a humiliating surrender to his father or a suicidal fight to the death. Yet Nish has to fight, and somehow he has to win, for the beautiful world of Santhenar is in peril and no-one else can save it.

Stilkeen, an all-powerful shape-shifting being from the void, has come to recover the stolen chthonic fire which once bound its physical and spirit aspects together, and it wants revenge for the mortal insult that was done to it. But it may be too late for Santhenar; chthonic fire has been released from its casket and is now eating away the Antarctic lands as it once devoured the planet of Aachan.

Even if, by some miracle, Nish can win the battle with his father, there may be no way to stop the fire, or Stilkeen, before the whole world is consumed.

"Makes what's currently available on fantasy shelves seem hackneyed and formulaic. Utterly absorbing." ( The Independent Weekly)
"Unbelievably, Irvine has managed to increase the pace of his story in this third and final volume - for sheer excitement, there's just no one like Irvine around at the moment." ( SFX)

Das sagen andere Hörer zu The Destiny of the Dead