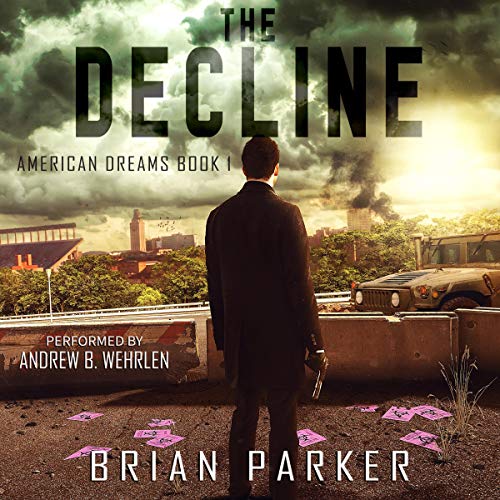 The world transformed in the blink of an eye. H5N8, a deadly strain of coronavirus, shut everything down as people cowered in their homes, fearful of the disease. Schools and businesses shut their doors. The economy crashed. People went hungry, while others hoarded food and supplies. Interaction between neighbors became strained, each believing that the other carried the virus.

When martial law was declared, National Guard troops showed up, patrolling the streets by day and enforcing a strict curfew after dark. While the population was distracted by quarantine, binge-streaming television programs and arguing over social media, congressional lawmakers pulled their shadowy levers of power by midnight vote, dissolving the United States Government and forming the New American Republic. The NAR brought about sweeping social reforms and rewrote the US Constitution. Citizenship and service became compulsory. Violators of federal laws were subject to swift, severe punishment.

Bodhi Haskins was muddling his way through online college courses when one of the NAR’s fledgling agencies came to his door, serving him with a draft notice. The opportunity to serve the Republic elevated him above the masses, providing him with food, shelter, and safety. But at what cost? Will his soul ever recover from what his superiors order him to do in the name of progress?