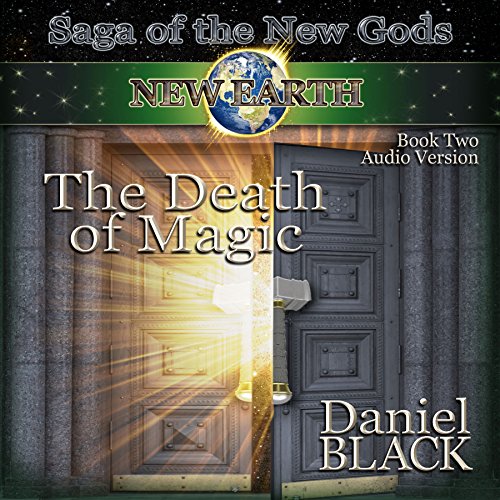 The Death of Magic

"Thor," Legion sent as soon as the thoughts had been processed into his own. “The tail is the creature's weak point; strike there and its ability to fight or escape will be drastically limited.”“You're ready then?” Thor's thought came to him, tinged with aggravation and eager bloodlust.“Yes,” Legion replied, this time ready for his giant friend's almost immediate response time. Jumping to his feet, Thor didn't even bother to shout a battle cry. He leaned back, dwarf-forged armor resisting the harsh treatment, chain links creaking as he bent the links in his rage; metal plates pinged and stretched as though on the forge. With a grunt of effort and an explosion of breath, Mjölnir flew.Legion rose up as well, reaching out in one of the first moves he had ever learned. He attached a tether of psionic force to the back of the rider's armor, and waited.

Mjölnir hit the creature dead at the base of the tail, and it raised its head, shrieking soundlessly in agony at the strike. The rider, unprepared for the sudden motion, tried to maintain his perch on the creature's neck. Legion tugged hard on his tether.

The rider fell back, shouting with his own soundless voice as he crashed over and rolled down the beast's back, being struck a tremendous blow by his mount's uncontrollably thrashing tail.Legion continued to drag at the thing. His muscles were not strong, not compared with a giant, but his mind was where the strength for the telekinetic tether came from. Resist as he might, the giant slid away from his mount, thrashing at the loose sand as he tried to stop himself, done in by his own handiwork.

Thor charged the injured creature as it spun to face him, hissing in rage at the unexpected blow. But its movements were slow, and while it was still halfway turned, Thor leapt high, crashing down toward its vulnerable wing.