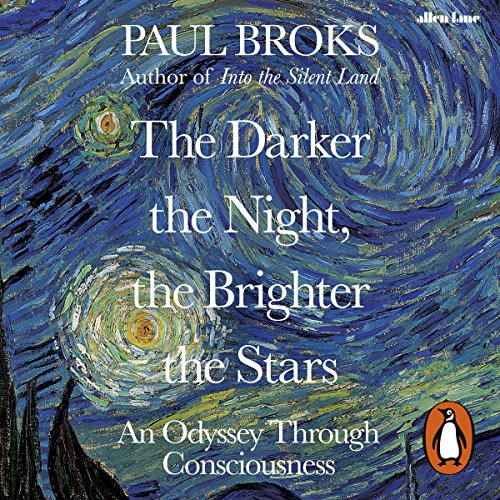 The Darker the Night, the Brighter the Stars

Penguin presents the audiobook edition of The Darker the Night, the Brighter the Stars by Paul Broks, read by Simon Bubb.

A man's wife dies. What next? The next day is next, and the next, and so on. He smothers his sorrow and gets on with the days. He's a Stoic. Tranquillity is the goal, but his brain won't rest. As a neuropsychologist he has spent a career trying to fathom the human brain, but now, he comes to realise, his brain is struggling to make sense of him - probing, doubting, reconstructing.

Combining neurological case stories and memoir, and with excursions into speculative fiction and mythology, this is an audaciously original, deeply personal meditation on grief, time and selfhood.

Das sagen andere Hörer zu The Darker the Night, the Brighter the Stars