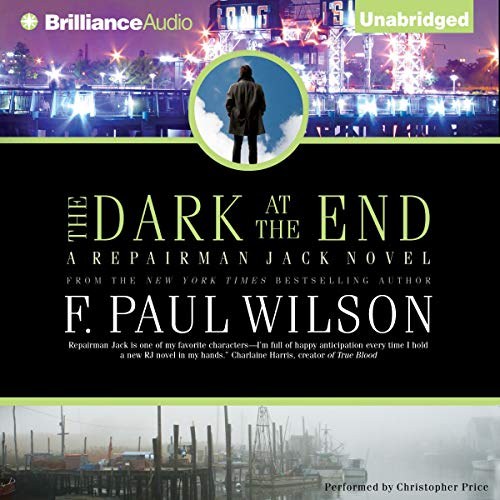 The Dark at the End

Bound by his promise to the dying former immortal, Glaeken, Jack has refrained from making any direct moves against his arch-enemy, Rasalom. But things have changed, so there’s nothing holding Jack in check any longer. Jack is healing at an accelerated rate - much like Glaeken did when he was immortal. This must mean that Glaeken’s time is almost up, and when he dies, Jack will take his place.

Rasalom continues to plot against the Lady. Twice she has died and, amazingly, returned; a third time and she will be truly gone, leaving a clear path for the Otherness to infiltrate this reality. But Ernst Drexler, formerly Rasalom’s go-to guy for logistical support, fears he will be left out in the cold when the Change, the final darkness, comes. He forms an uneasy alliance with Jack, who is preparing to face their old enemy.

Meanwhile, Dawn Pickering is searching for her supposedly dead baby. The trail leads her to a mansion in a remote Long Island coastal town, where she discovers a terrifying truth she could have never imagined.

Now the stage is set for Jack’s massive assault on Rasalom. Jack knows he’s got just one shot. But it’s not just a matter of taking out Rasalom; he also must retrieve Dawn’s child and minimize collateral damage. So, he comes up with a foolproof plan.

Das sagen andere Hörer zu The Dark at the End