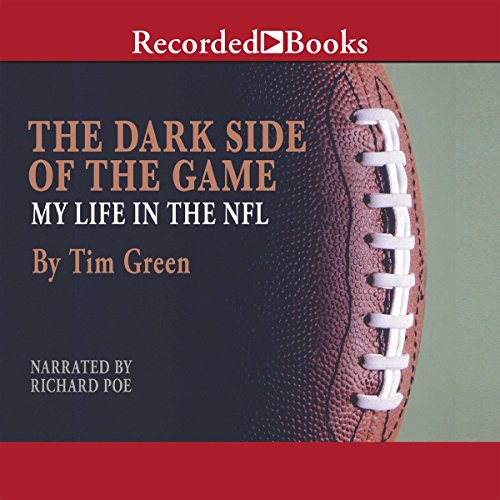 The Dark Side of the Game

The Dark Side of the Game

Sportscaster and former National Football League defensive end Tim Green reveals what it’s really like to play in the NFL in The Dark Side of the Game. In this - the Super Bowl champion of tell-all novels - an eight-year NFL veteran exposes the game he loves, warts and all.

This audiobook is packed with hard-hitting inside information only a former player could know. From the perfect partnership between the mob and the NFL to the shattered lives of former players, no subject is out of bounds. At the same time, you’ll meet the NFL’s role models and true heroes, including the dazzling Deion Sanders and the superb Steve Young. Whether you’re one of the millions of die-hard fans, or only have a passing interest in the game, veteran narrator Richard Poe’s no-nonsense voice and flair for the drama of the game puts you in the huddle. This unflinching look at the most-watched professional sports league on Earth is a must-listen.

Das sagen andere Hörer zu The Dark Side of the Game