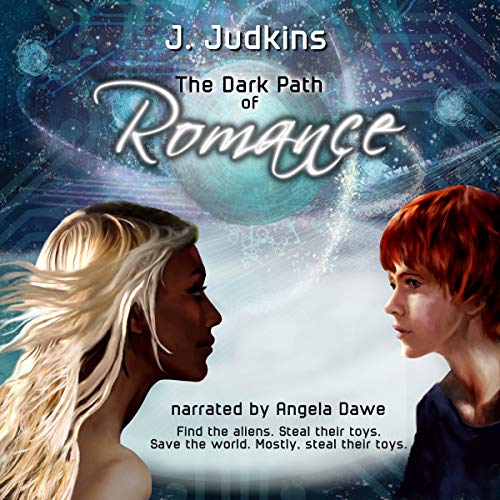 The Dark Path of Romance

The Dark Path of Romance

For Kim and her memory-challenged girlfriend Angel, a job searching for signs of alien activity implies sanctioned permission to do what needs to be done. Turns out, they’re going to need it! What they lack in skill and training they make up for with tenacity. But as a fan of science-fiction in all its forms, Kim feels up to the challenge.

Their investigation attracts the notice of Naomi, an alien who’d rather find love and live in the world than enslave it. Naomi recognizes Angel as one of their own and dares to dream her own dreams of independence. If Angel could escape and become free, why couldn’t she? Fortunately, no one’s mentioned that becoming a supervillain isn’t necessarily the perfect way to blend in and avert suspicion.

And if the fate of the world hanging in the balance wasn’t bad enough, Kim suspects Angel wants to marry her! Kim believes she’s found the perfect solution to keep herself single and free, but lately her own motivations have come into question. Is seducing Angel to take away Angel’s reason to marry her really the best solution?

A sequel that finally answers the question, "Where the hell is book two?"

What are Angel’s origins? Will Kim ever catch a clue and embrace her love for Angel? Will Naomi and her chosen love interest survive Angel’s potentially fatal attempts at matchmaking? How far can the author take this "romance to extreme" concept before running out of ideas?