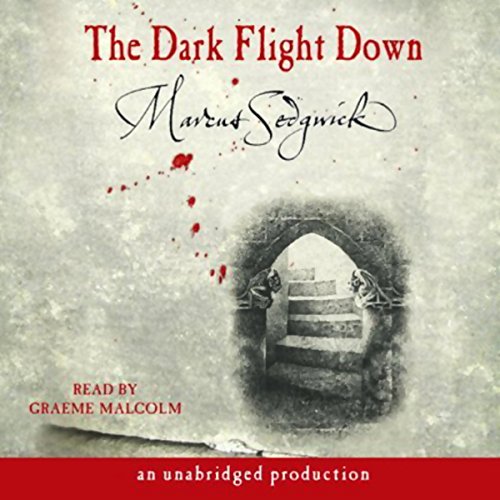 The Dark Flight Down

The Dark Flight Down

Boy has survived the terrors of life with the magician Valerian, dark magic, and deadly chases, but he is still on the run. Now, as the City lies frozen, he is captured and incarcerated in the Emperor Frederick's palace. Boy is transported to a world of splendor and wealth beyond his wildest imagining. But beneath its golden veneer, this world is full of madness and cruelty, closely guarded secrets, and terrifying revelations.

In a mesmerizing conclusion to the enthralling story begun in The Book of Dead Days, Boy and Willow are plunged into the heart of it: the furies of the Emperor; the tricks of necromancers; a trail of blood that will lead to the grisly Phantom. Holding all their lives between its pages, The Book of Dead Days waits to deceive its next reader.