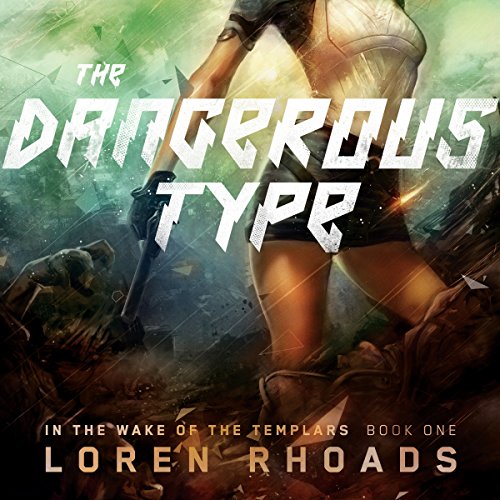 Set in the wake of a galaxywide war and the destruction of a human empire, The Dangerous Type follows the awakening of one of the galaxy's most dangerous assassins and her quest for vengeance.

Entombed for 20 years, Raena has been found and released. Thallian has been on the lam for the last 15 years. He's a wanted war criminal whose entire family has been hunted down and murdered for their role in the galaxywide genocide of the Templars. His name is the first on Raena's list, as he's the one who enslaved her, made her his assassin, and ultimately put her in a tomb. But Thallian is willing to risk everything - including his army of cloned sons - to capture her. Now it's a race to see who kills whom first.

Alternatively, Gavin has spent the last 20 years trying to forget about Raena, whom he once saved and then lost to Thallian. Raena's adopted sister, Ariel, has been running from the truth - the one about Raena, about herself and Gavin - and doesn't know if she'll be able to face either of them.

The Dangerous Type is a mix of military science fiction and an adventurous space opera that grabs you from the first words and doesn't let go. Along with a supporting cast of smugglers, black-market doctors, and other ne'er-do-wells sprawled across a galaxy brimming with alien life, The Dangerous Type is a fantastic beginning to Loren Rhoads' epic trilogy.