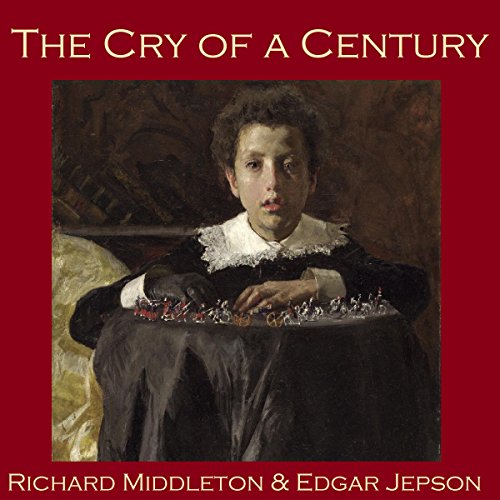 The Cry of a Century

Richard Barham Middleton (1882-1911) was an English poet and author who is remembered mostly for his supernatural tales and ghost stories, in particular The Ghost Ship, The Coffin Merchant and On the Brighton Road. Edgar Alfred Jepson (1863-1938) was an English author best known for his adventure and detective fiction. He also wrote supernatural and fantasy stories.

The Cry of a Century is a short story about a gifted 11 year old known variously as The Infant Phenomenon and The Marvel of the Twentieth Century who supports his mother by performing great feats of memory and general knowledge every night on the stage in the Brixton Theatre of Varieties for four pounds 10 a week. One night after his performance, his mother does not come to pick him up from the theatre. The young Marvel catches a ride on the back of a passing motor car. But the exhausted boy drifts off to sleep and when he awakes he is far outside London at a mysterious house whose inhabitants are holding a very strange and eerie celebration.

Das sagen andere Hörer zu The Cry of a Century