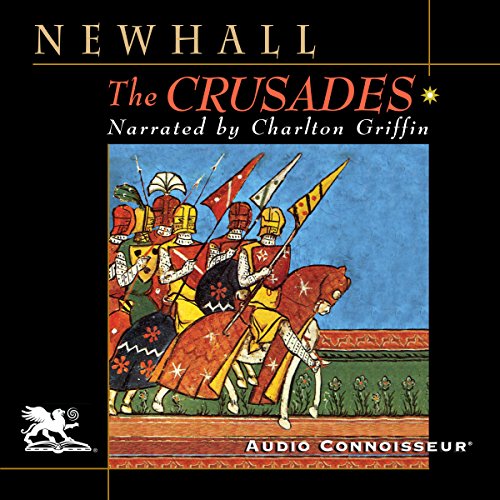 When the Muslims swept out of the Arabian peninsula in the eighth century, one of the first areas to fall under their power was the Holy Land; it was an event that would have long term consequences for three distinct civilizations.

The conflict between European Christians and Islam came to a climax near the end of the 11th century when Pope Urban II preached what we now call the First Crusade. However, behind the scenes was a swirling chaos of shadowy influences and personalities whose motivations and goals were not always easy to define. Most of the early crusaders were pious individuals who were motivated by the effort to free the Holy Land of infidels. But many in leadership roles had other ideas. And surprisingly, they were assisted by a fractious Muslim community whose divisiveness was thoroughly exploited by crafty Greek Byzantine diplomats and wiley Italian merchants.

Richard A. Newhall, a medieval scholar, has produced a masterful outline of this confusing period of history by paring the subject to an understandable unity. By keeping the history simple and beginning with the first Muslim onslaught against Europe, he shows how the term "crusade" really has a much broader meaning. By tracing the conflict as it wound its way into modern history, Newhall demonstrates that the strife between Islam and the West has never really ceased.

However, throughout the 12th and 13th centuries, the contact with the East had very profound effects on Europeans, including the rediscovery of lost classical authors like Aristotle, the introduction of new methods of mathematics and sciences, and a growing level of trade which eventually nourished the period we call the High Gothic. All of this spelled the beginning of the end for the Age of Faith, and it ushered in the Renaissance and the modern era. Discover how the dynamics of the crusades stimulated change in the Middle Ages and the consequences for three civilizations.