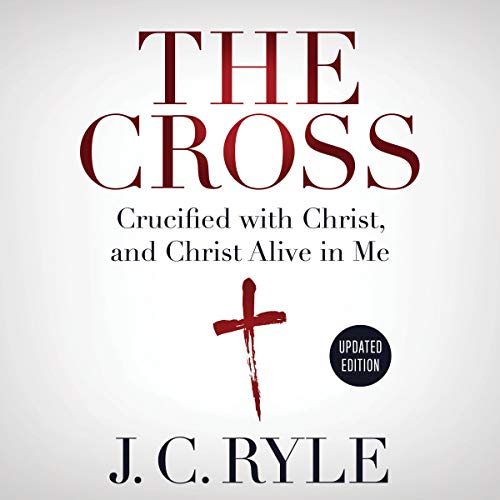 "I am crucified with Christ; nevertheless I live; yet not I, but Christ lives in me, and the life which I now live in the flesh I live by the faith of the Son of God, who loved me and gave himself for me." (Galatians 2:20)

I want to tell you what perhaps the greatest Christian who ever lived (the apostle Paul) thought of the cross of Christ. Believe me, the cross is of deepest importance. This is no mere question of controversy; this is not one of those points on which people may agree to differ and feel that differences will not shut them out of heaven. A person must be right on this subject, or he is lost forever.

Heaven or hell, happiness or misery, life or death, blessing or cursing in the last day - all hinges on the answer to this question: What do you think about the cross of Christ?

Let me show you:

About the author: John Charles Ryle (1816-1900) graduated from Eton and Oxford and then pursued a career in politics, but due to lack of funds, he entered the clergy of the Church of England. He was a contemporary of Spurgeon, Moody, Mueller, and Taylor and read the great theologians like Wesley, Bunyan, Knox, Calvin, and Luther. They all influenced Ryle’s understanding and theology.

Ryle began his writing career with a tract following the Great Yarmouth suspension bridge tragedy, where more than a hundred people drowned. He gained a reputation for straightforward preaching and evangelism. He traveled, preached, and wrote more than 300 pamphlets, tracts, and books, including Expository Thoughts on the Gospels, Principles for Churchmen, and Christian Leaders of the Eighteenth Century.

Ryle used the royalties from his writing to pay his father’s debts, but he also felt indebted to that ruin for changing the direction of his life. He was recommended by Prime Minister Benjamin Disraeli to be bishop of Liverpool, where he ended his career in 1900.