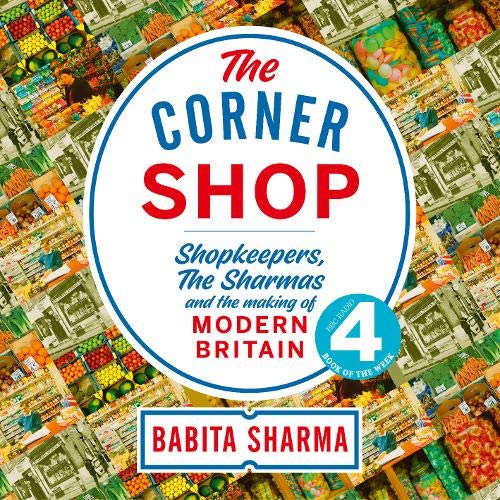 From the general stores of the first half of the 20th century (one of which was run by the father of a certain Margaret Thatcher) to the reimagined corner shops run by immigrants from India, East Africa and Eastern Europe from the '60s to the noughties, their influence has shaped the way we shop, the way we eat and the way we understand ourselves.

Babita Sharma was raised in a corner shop in Reading and over the counter watched a changing world, from the clientele to the products to the politics of the day. Along with the skills to mop a floor perfectly and stack a shelf, she gained a unique insight into a changing world - and an institution that, despite the creep of supermarkets, online shopping and delivery, has found a way to evolve and survive. The Corner Shop is the remarkable human story of these little institutions that have changed the course of our history.

"Full of life, characters, gossip and all the richness of the local community." (Sir David Jason)

"A compelling, full selection box of a story." (Sanjeev Kohli)