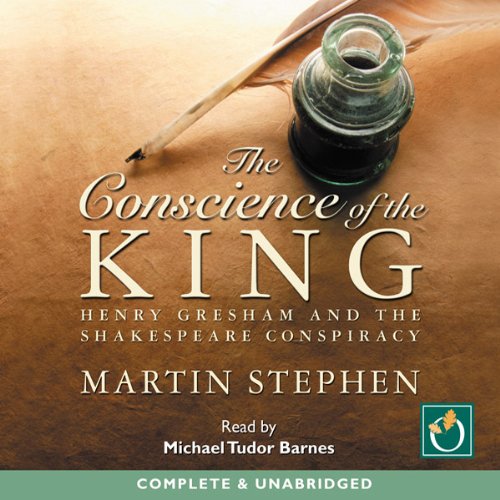 The Conscience of the King

Robert Cecil, chief secretary to the king, summons the gentleman spy, Henry Gresham, to his death bed to give his arch enemy one final, deadly case.

An unknown Cambridge bookseller has obtained devastating correspondence between King James I and Robert Carr, and Gresham is the one man who can return the letters, saving the monarch from a potentially scandalous downfall.

Also in the bookseller's possession are two stolen manuscripts by Shakespeare, and as these plays contain a deadly secret, so too, does Gresham's mission.

"Standing history on its head, this is a real treat, both ingenious and supremely satisfying." ( Good Book Guide)

Das sagen andere Hörer zu The Conscience of the King