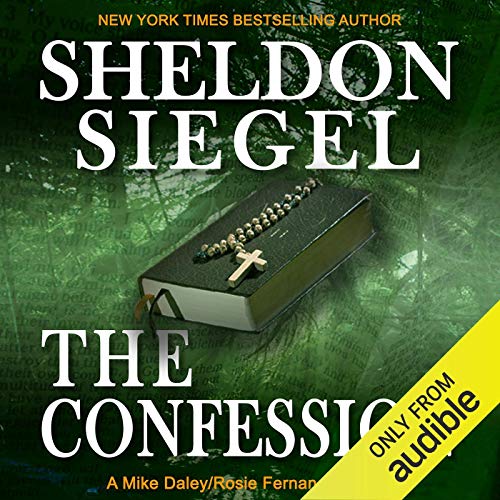 Confessions abound - some of them quite unexpected - in Sheldon Siegel's legal thriller, the fifth in the outstanding Mike Daley/Rosie Fernandez series set in San Francisco.

Mike Daley doesn't go to confession much since he left the priesthood twenty years ago and became a lawyer, but that doesn't stop his old friend, Father Ramon Aguirre, from trying to get him there. "It wouldn't kill you to go to church once in a while," he tells Mike. But it does kill someone.

For several months, a ruinous sexual harassment suit has been building against the San Francisco Catholic Archdiocese, and when the plaintiff's lawyer is found dead, an apparent suicide, an almost audible sigh of relief is heard in certain quarters. But that is before the police find evidence of murder. Even worse - the evidence points to Father Aguirre.

Mike and his ex-wife law partner, Rosie, jump in to take the priest's case, but what started out as difficult soon appears impossible as forensics, witnesses, and secrets from Father Aguirre's past all incriminate their client. Soon, their wits are the only things keeping the priest from a life sentence or worse, and wits simply may not be enough-unless they can conjure up a miracle of their own.

Of Siegel's most recent book, Publishers Weekly said, "The verdict is clear; another win for Siegel." And so it is again with The Confession.